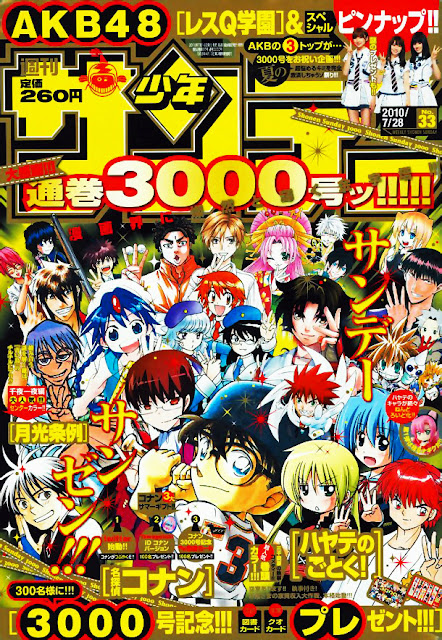 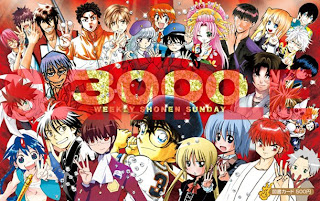 2. Quo card (prepaid card used at various shops in Japan) with self portraits of all Shōnen Sunday authors: 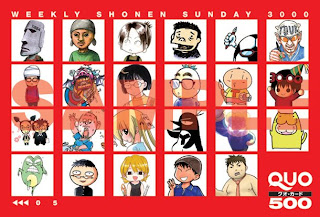 4.Conan’s version of Tamagotchi iD
Besides special giveaways, Detective Conan’s Twitter will also start today (14th July) in accordance with the release of the 3000th issue. “Edogawa Conan’s Twitter Account” will pick up lines of dialogue from the Detective Conan manga and tweet them. Places where Tweets come from will vary between “Mōri Detective Agency”, “Teitan Elementary School”, “Agasa’s Residence” and the like. Occasionally, “secret tweets” which reveal hints about the Detective Conan manga’s storyline will also be tweeted. (Editor’s note: We’ll put up the news of such “secret tweets” if we see any!) 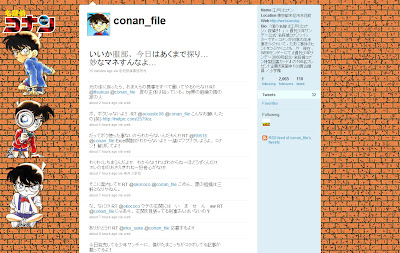 A special collection of comments from all of Shōnen Sunday’s current manga authors, aptly named “The Authors’ Tweets”, is also included in the 3000th issue of Shōnen Sunday. Gosho Aoyama’s line is: “When it’s issue number 4000, will I still be alive? (laughs)” (“4000号のとき、俺、生きてるかなぁ（笑）”). Considering the fact that Aoyama is 47 this year and the 4000th issue will be published about 20 years later, let’s hope for the best!
Source: Web Sunday news
Images © Shogakukan
Source: dcfc | Detective Conan Fan Club.com
Posted by Officer Kaoko at 3:20 PM