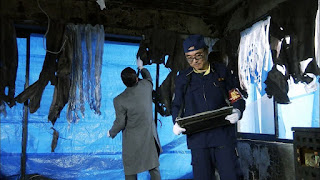 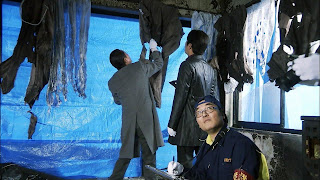 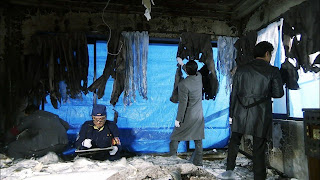 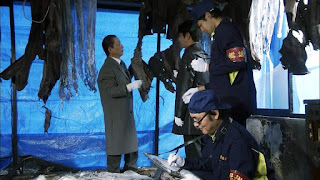 ﻿
Aoyama appears at around 8 minutes into the show, and his appearance lasts for slightly less than a minute.

Aibou’s producer Itou Hitoshi made a blog entry yesterday about Aoyama’s special involvement in this episode. According to Itou, when Aoyama came to visit the set, director Izumi Seiji personally made an offer to cast him in the show, and Aoyama readily accepted it. Here are pictures from Itou’s blog entry, with translated captions:
﻿
And the thing that was drawn on the board is…this! 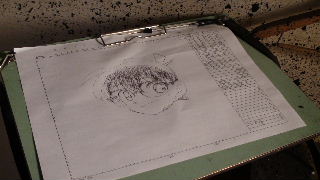 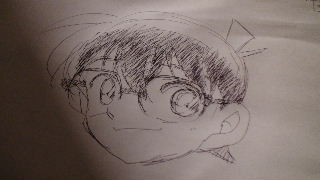 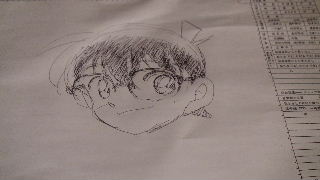 In that short period of time and with just a ball pen, he managed to come up with a drawing that looks like an actual manga drawing! It’s amazing!﻿